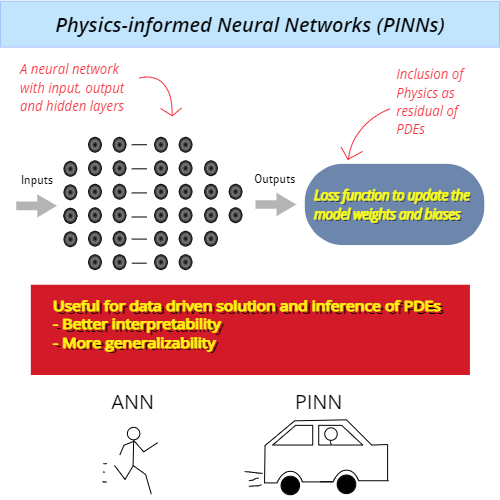 With the retreat of fossil resources, bio-based materials are of increasing importance. Microbial conversion of biological feedstocks plays a central role in the production of such materials, but the scale-up of such processes is challenging. In particular, environmental heterogeneities due to imperfect mixing of nutrients or local mass-transfer limitations (e.g., in oxygen supply) in industrial reactors lead to production losses, which in turn impact the ecological footprint and economical feasibility of said processes.

Computational fluid dynamics (CFD) simulations are used to assess the impact of heterogeneities in bioreactors, and to advise process improvements. However, the complex hydrodynamics result in excessive runtimes, which limits analysis to a few design points, and prohibits thorough in-silico process optimization. Simulation approaches that drastically reduce computation time unlock the potential for rational process optimization, as well as applications in model-predictive control. Data-driven models are fast to evaluate and have been used in many domains for model reduction. However, standard black-box models are inherently unsuitable for this application, as they lack the spatial resolution to capture the fermentation environment, as well as details on the response of microbes that are essential to capture the impact on process performance. In addition, black-box approaches are prone to overfitting, they cannot extrapolate, they have an exponentially growing data requirement.

In Collaboration with Dr. Cees Haringa and Dr. Jochen Cremer, we work on PINNs for biochemical engineering. This collaboration is supported by the Delft Bioengineering Institute.